anyone who loves compelling stories and emergent gameplay systems will feel right at home in the virtual world of dbm! dungeon brewmaster will enter early access in the steam marketplace on May 24th for a price of $15. the full experience will land fall 2018. 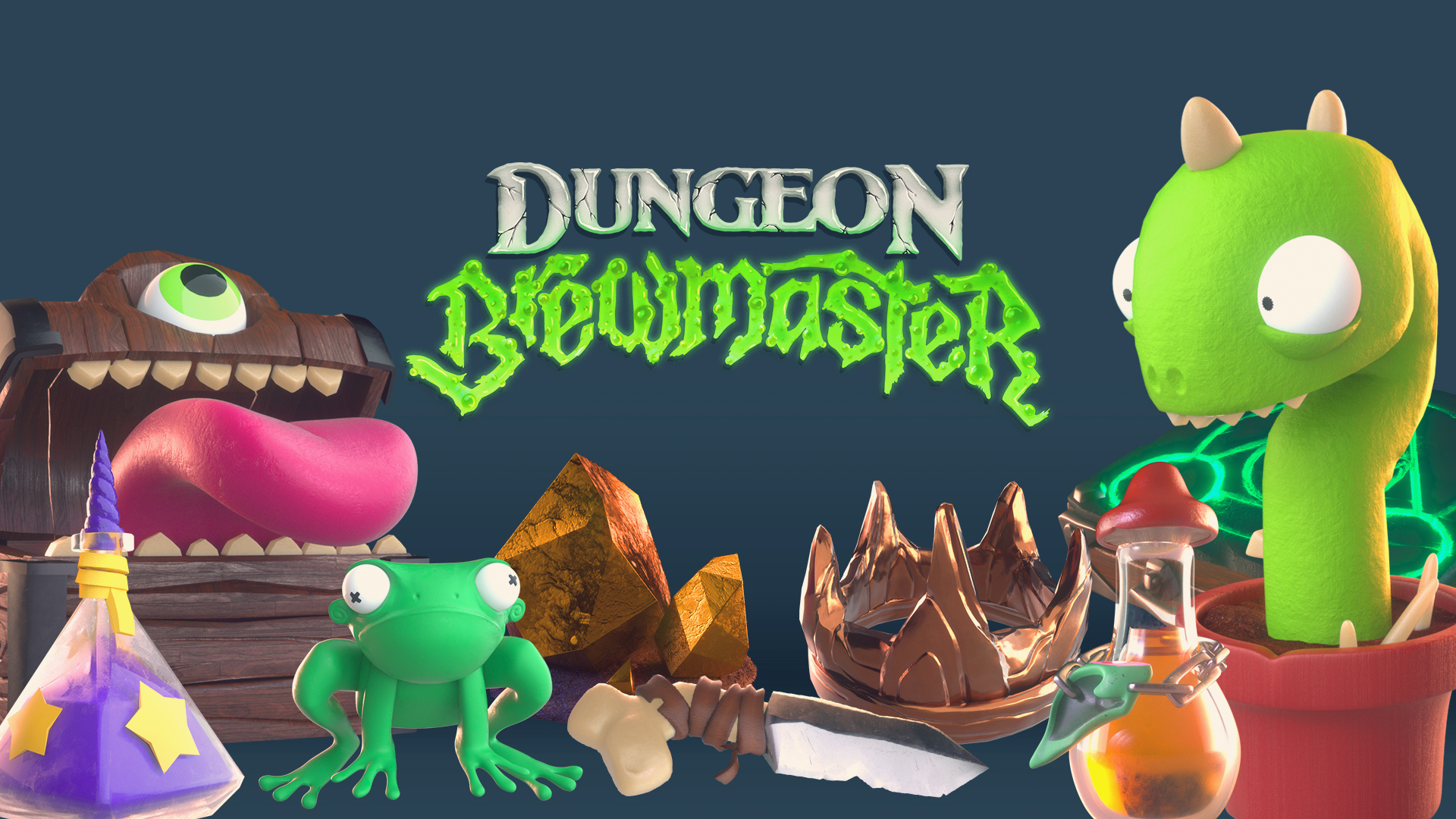 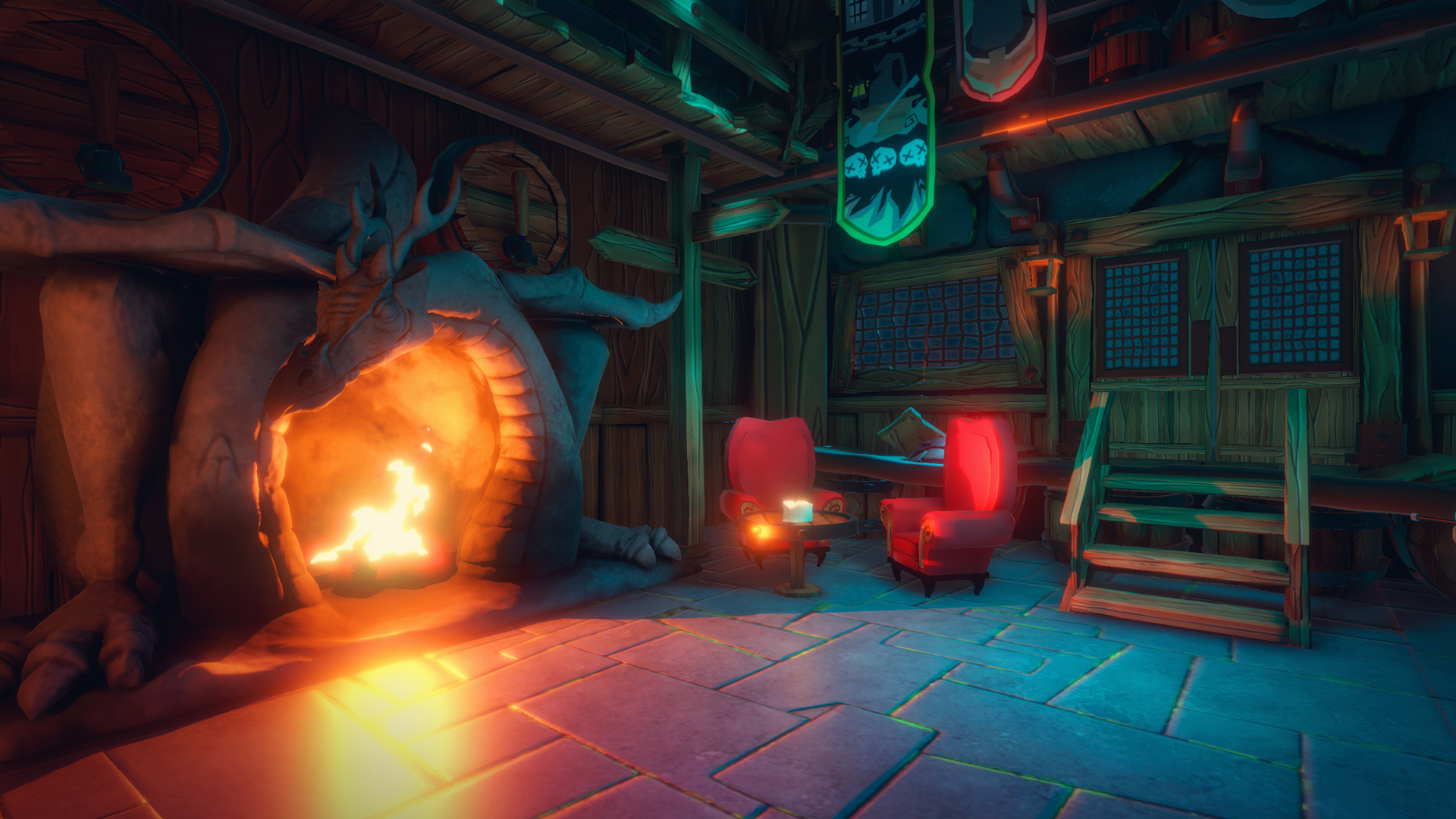 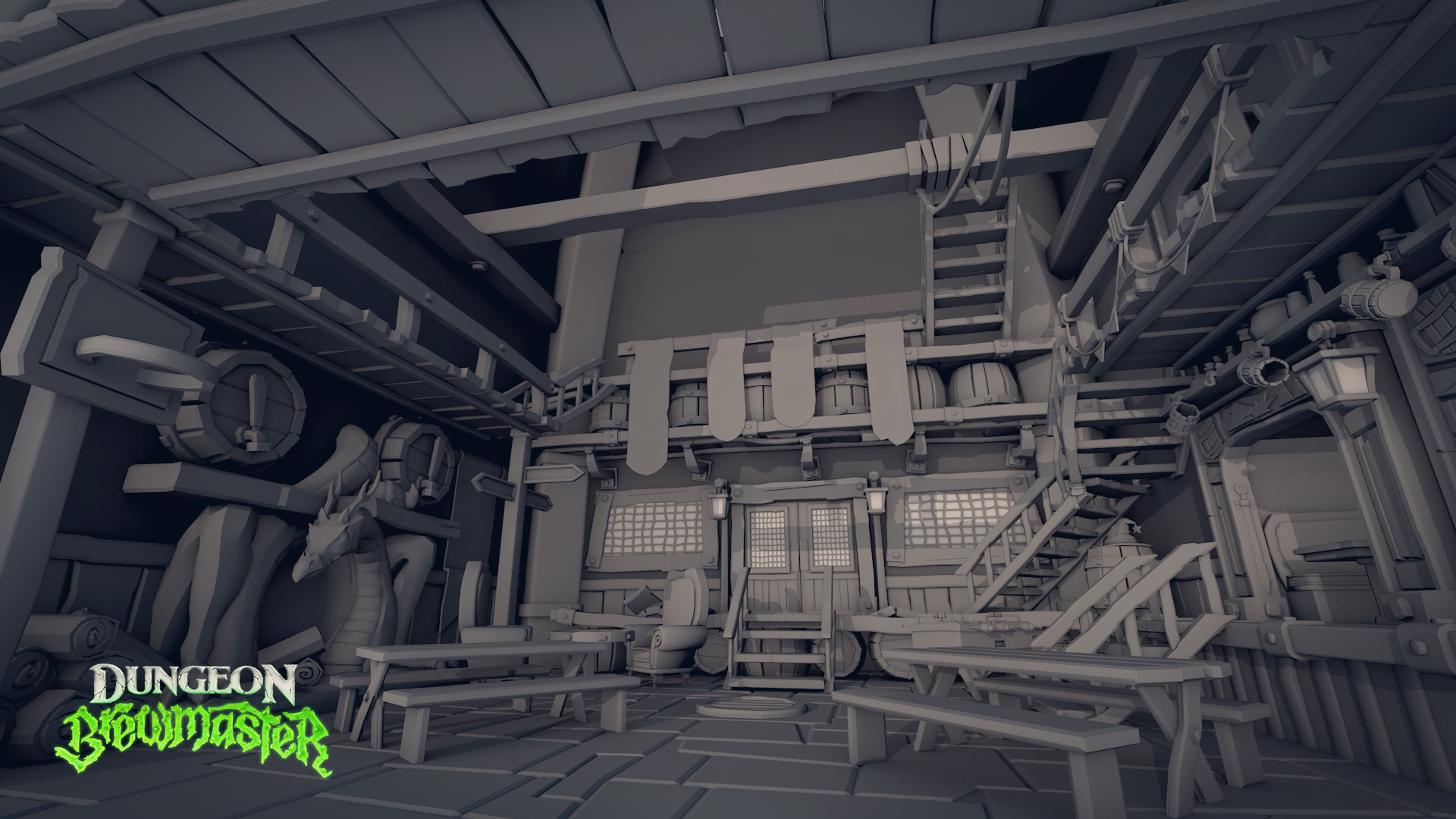 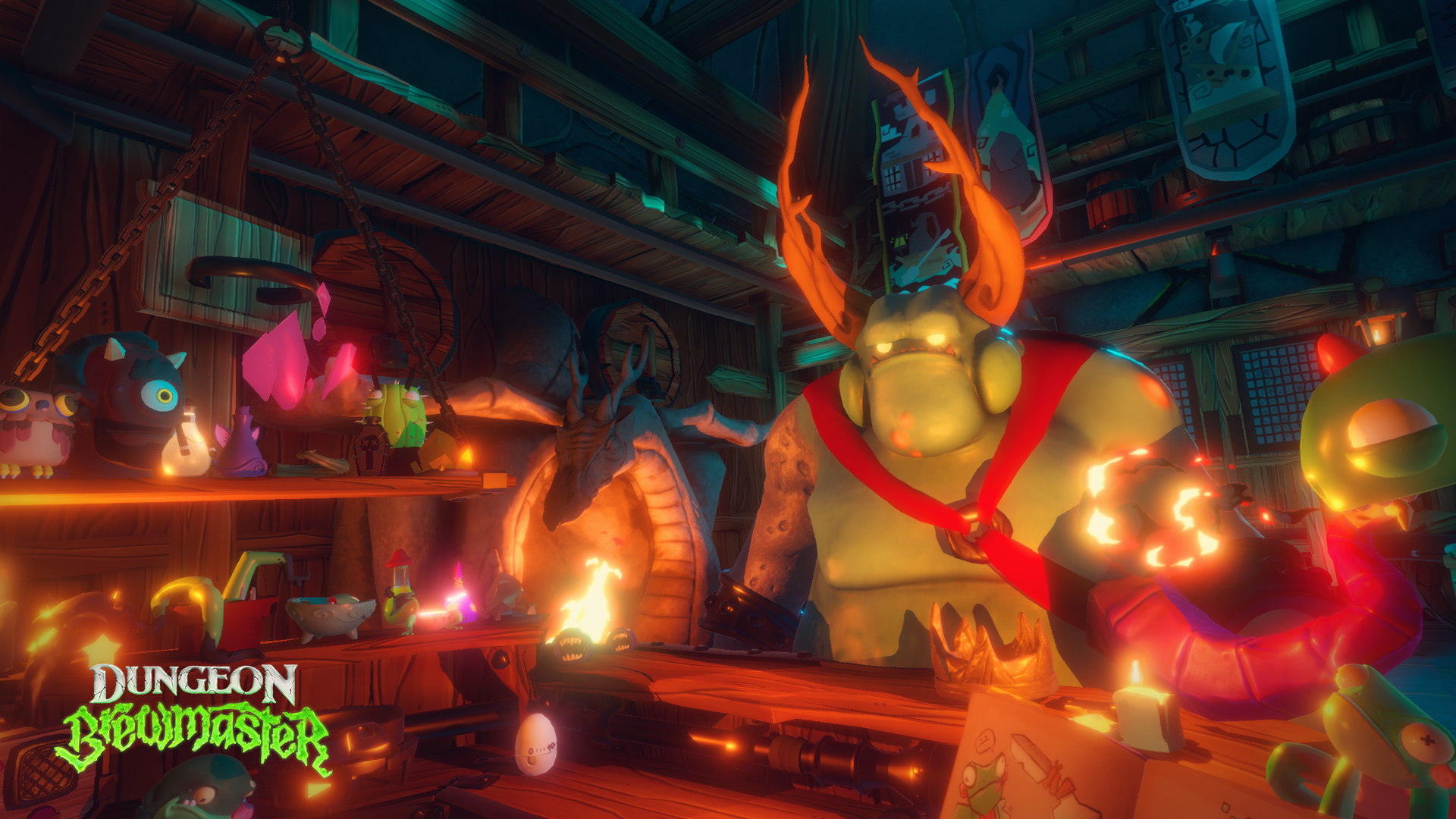 ABOUT DUNGEON BREWMASTER
dungeon brewmaster is an immersive virtual reality experience that puts you in the role of a magical bartender. you’ll brew potions and poisons for a variety of magical creatures - every recipe is unique, made from a collection of incredible and fantastic raw ingredients. players will have the option of following a structured storyline, or experimenting with their own concoctions in a true sandbox setting. as they play, players will discover more about the history of the game’s world, the lore of the harbor dues dungeon tavern, and the unique quirks of the world’s whimsical inhabitants.
CONTACT US
dbm@super77.gg
PRESS KIT

Description
Dungeon Brewmaster is an immersive VR experience that transports you into the role of a seemingly ordinary magical bartender. You’ll brew potions (or poisons) for a variety of fantastical patrons. Every recipe is unique, made from a collection of unusual raw ingredients. But be warned; Every brew comes with consequences. The effects of which will be felt far beyond the walls of the old tavern. So choose your brew wisely.

Behind the old bar, you'll find a constantly growing assortment of ingredients, equipment and utensils - all at your disposal. Each one with a specific, specialized function that will test your wizardly skill level. Follow the recipes within the enchanted spell book to progress the story as endless unwitting customers pass through the tavern doors. Your choices alone control the world of Dungeon Brewmaster.
‍
FEATURES 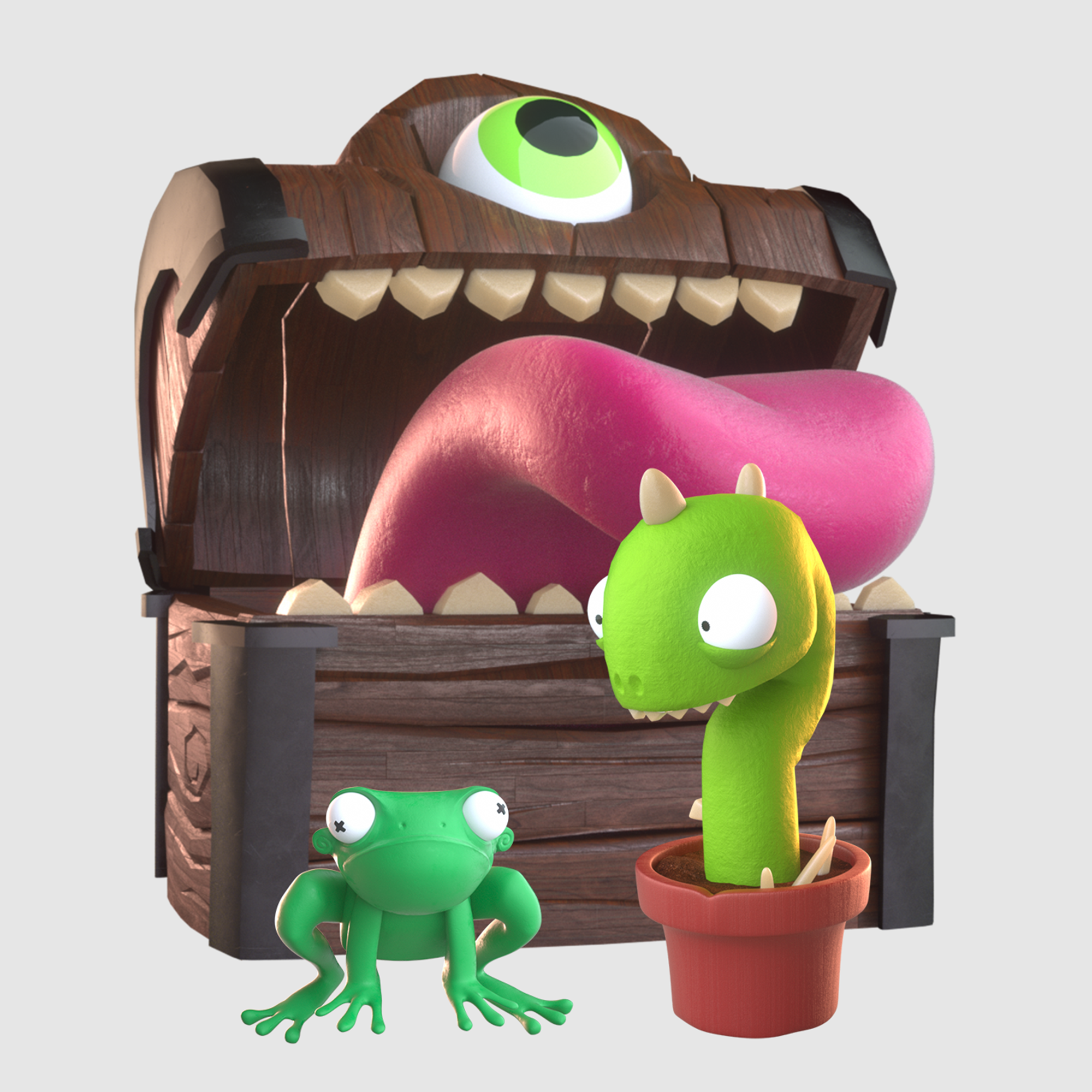 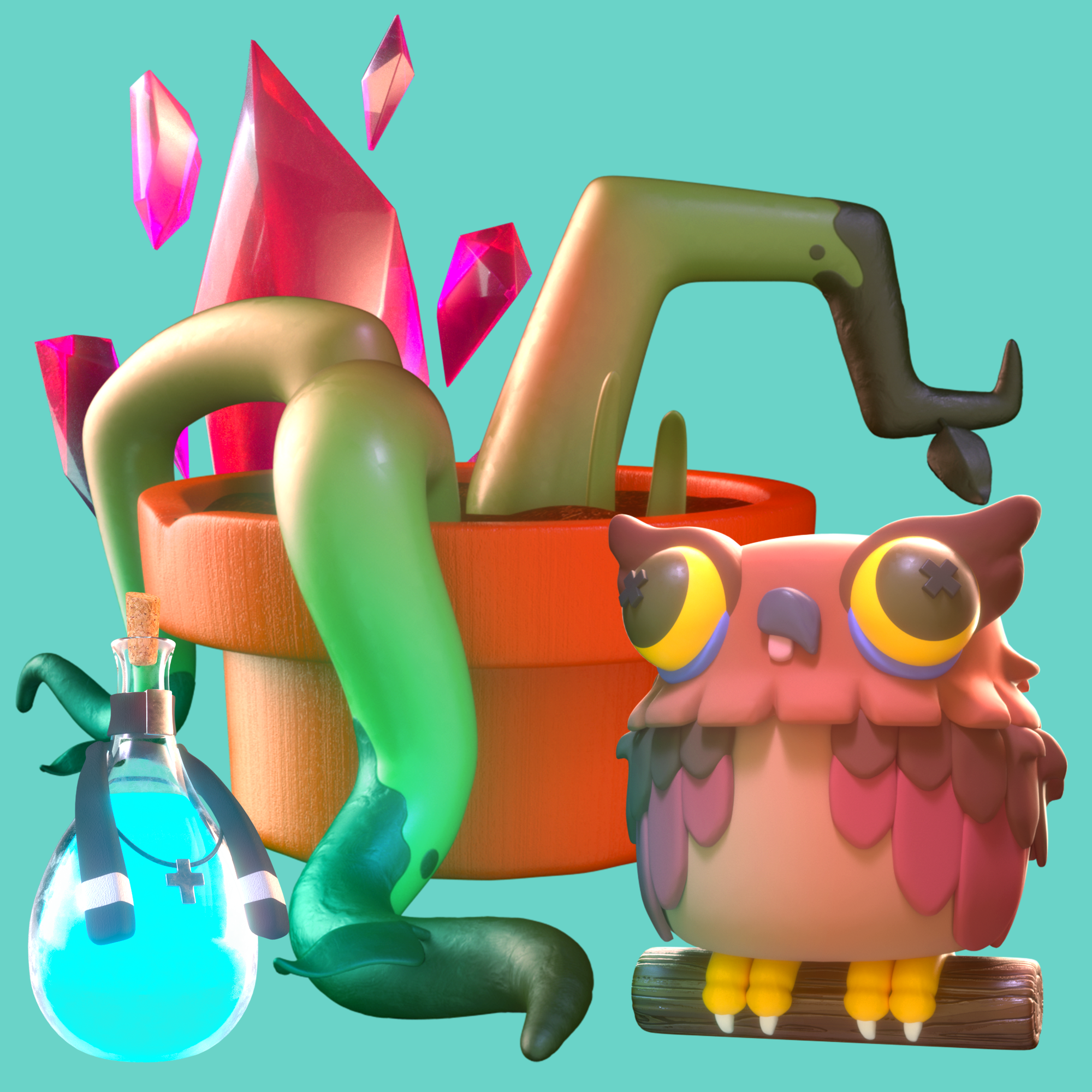 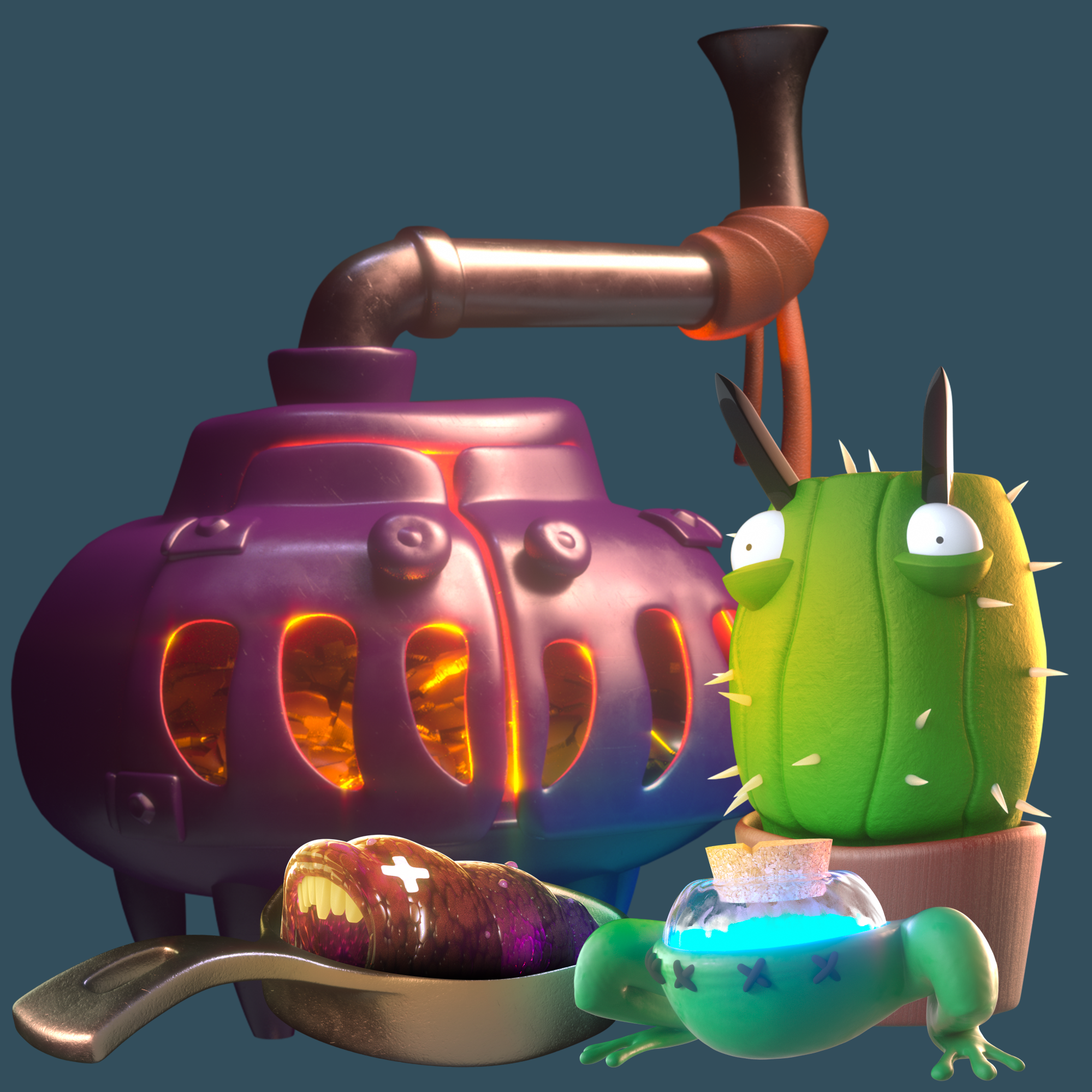 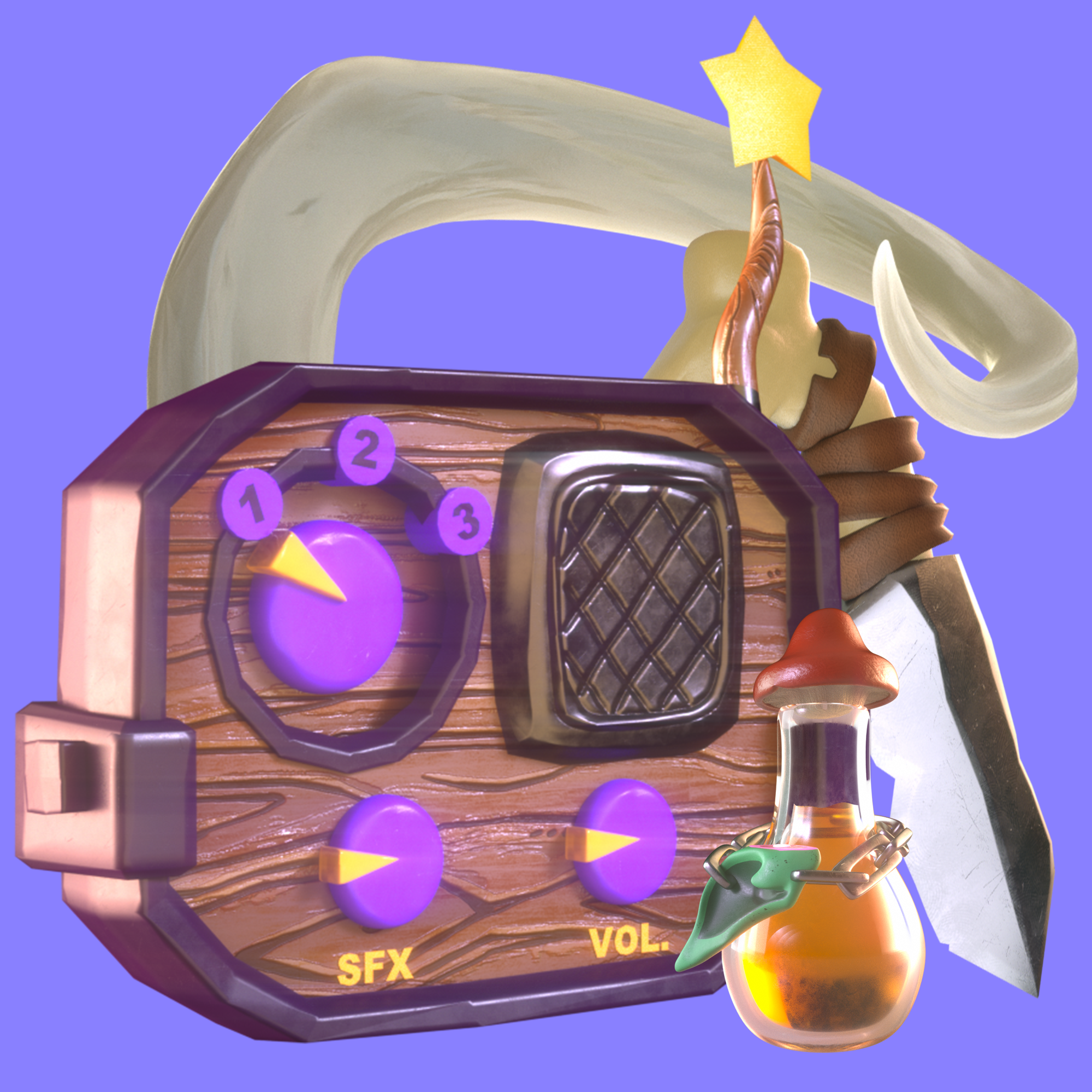 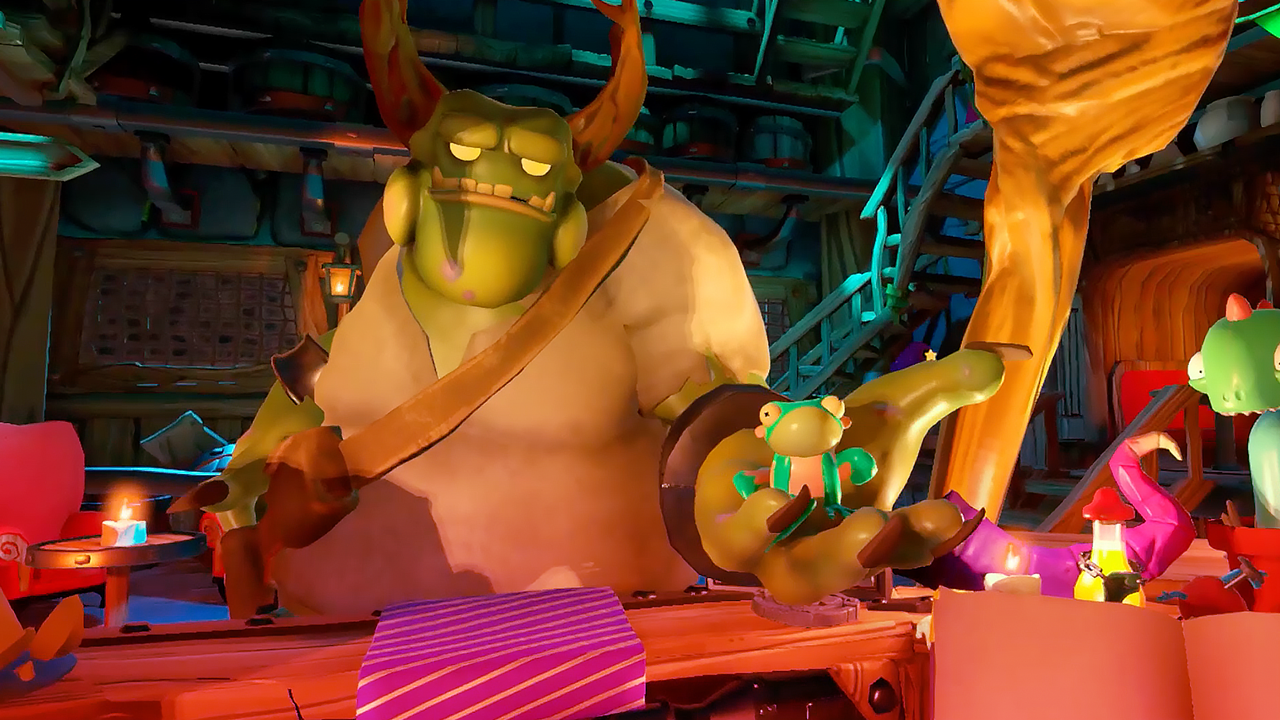 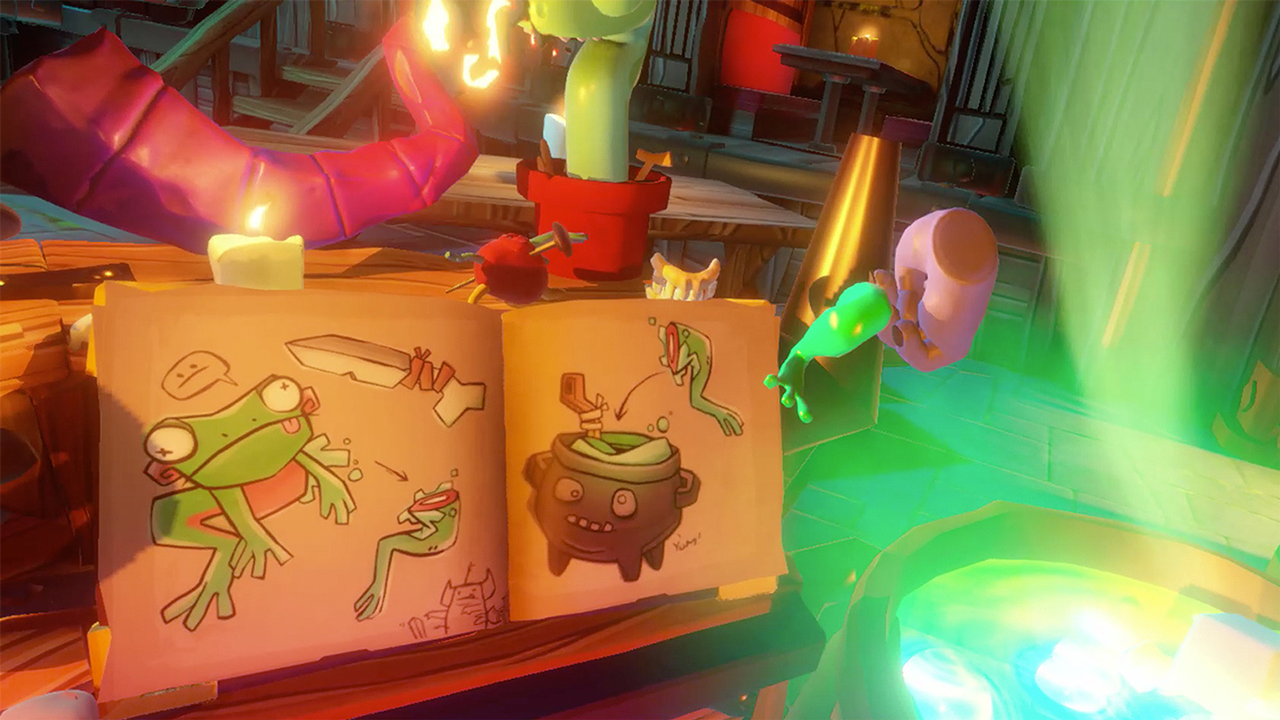 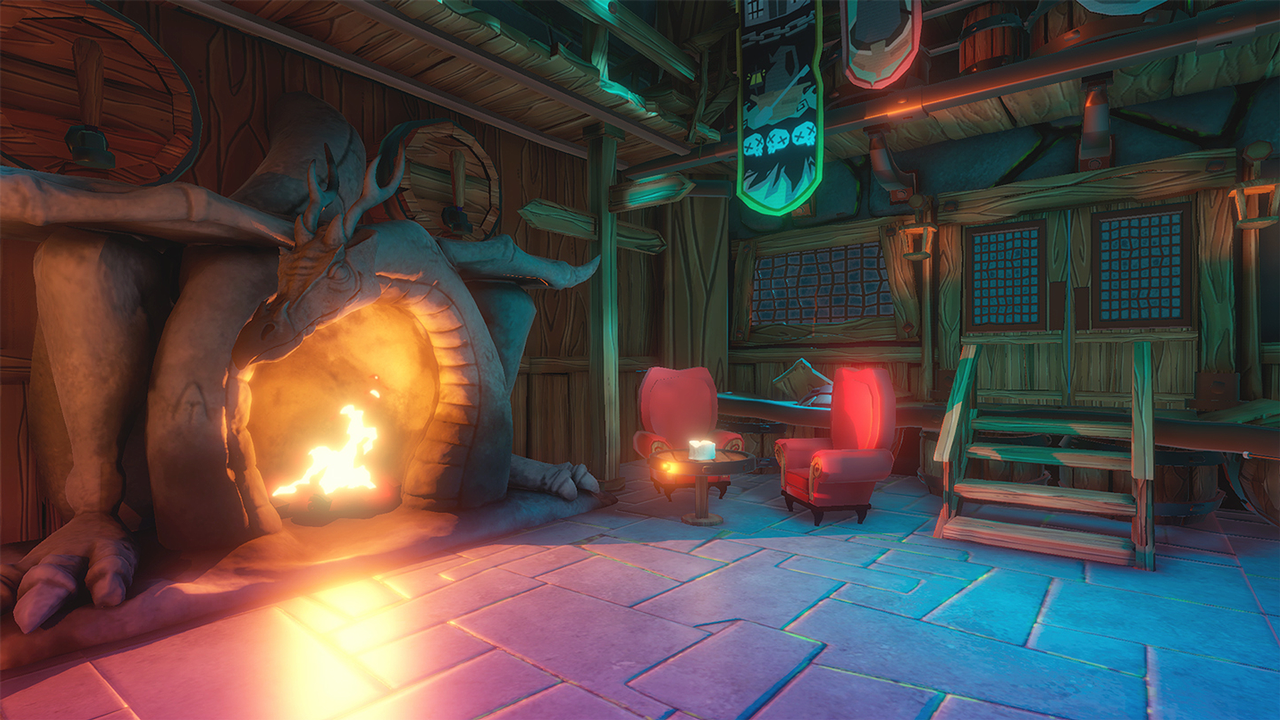 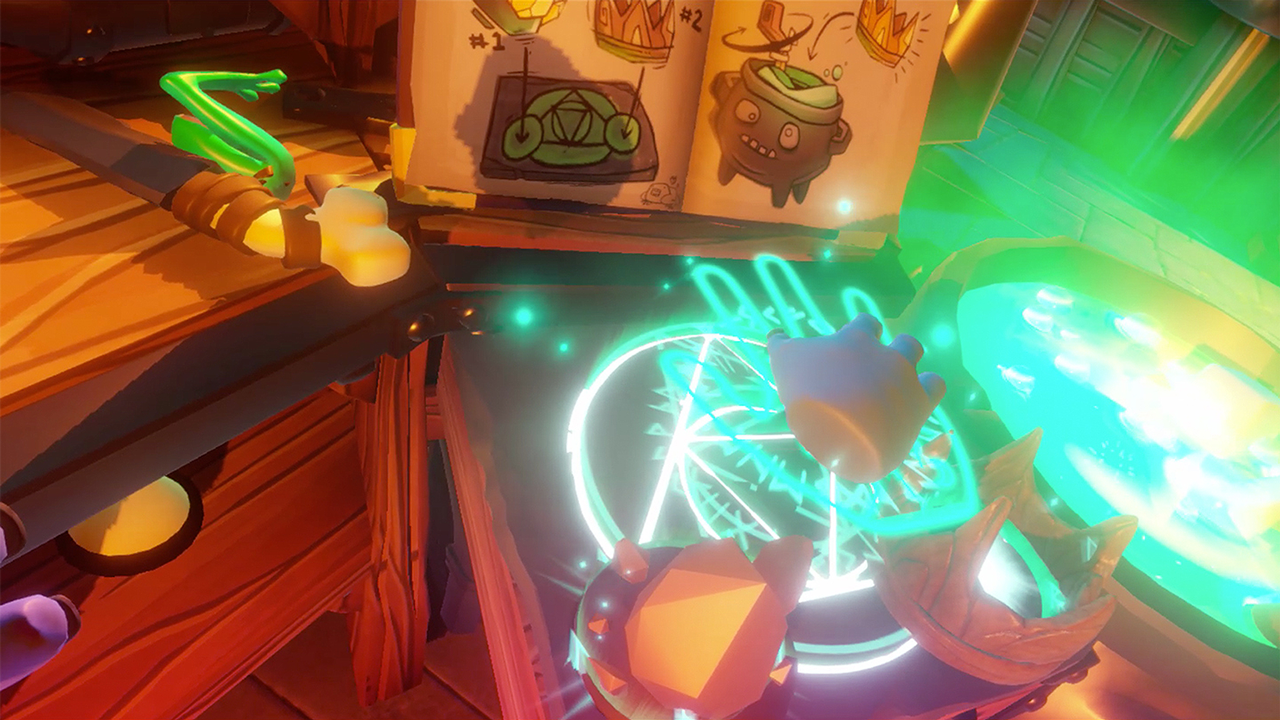 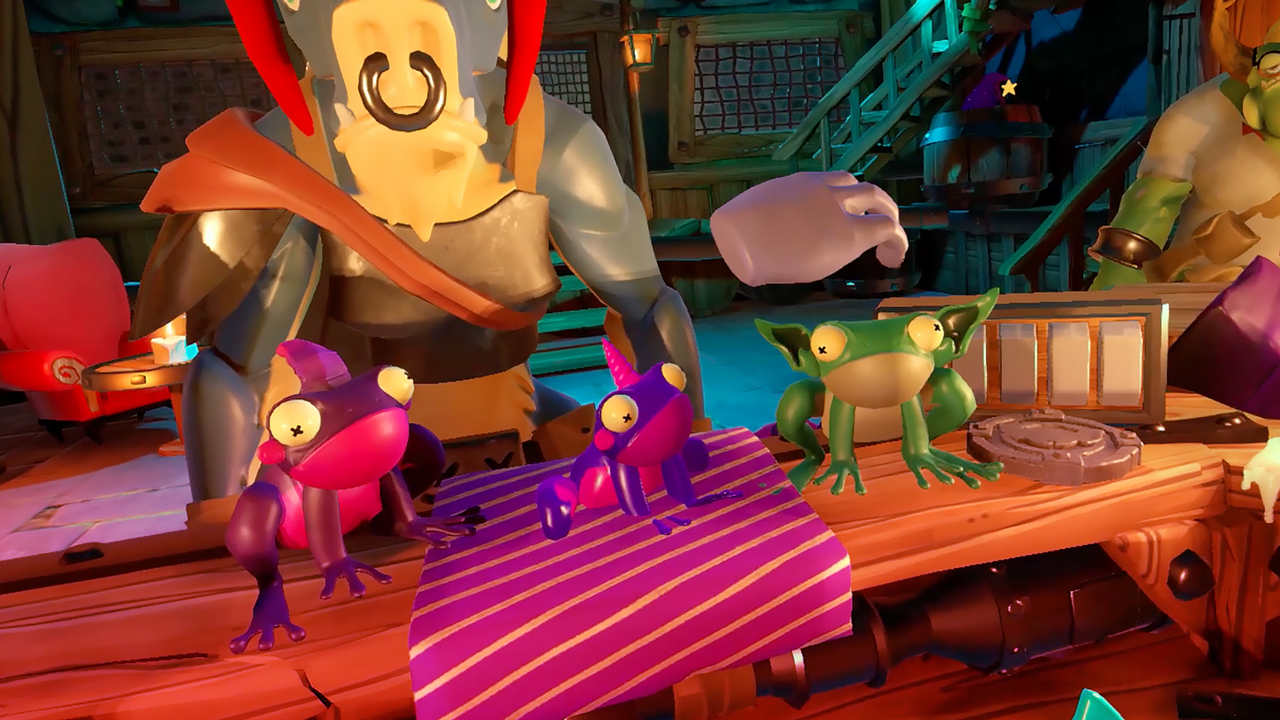 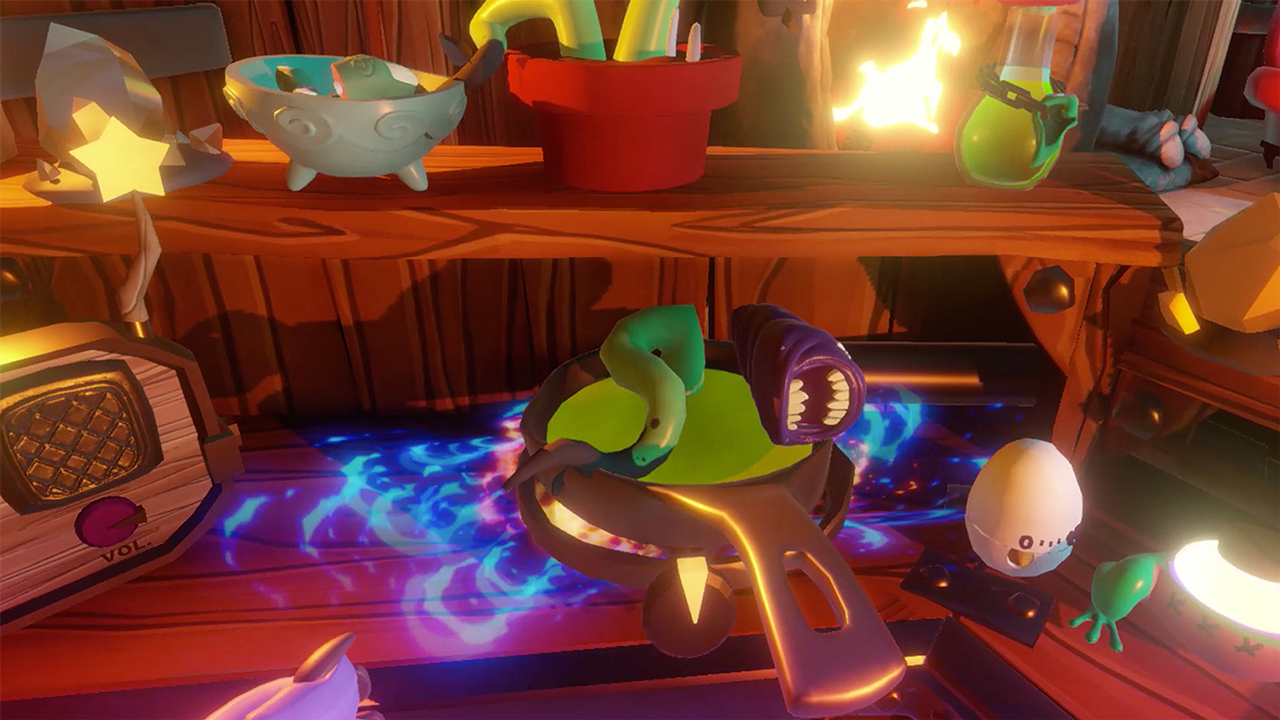